Chicken in a New Pot

Yesterday was made a whole lot better by the arrival of my set of blue La Creuset kitchen delights- a casserole dish, a skillet and a little sauce pot. They are just so beautiful I had to keep walking into the kitchen to look at them! They are an incredibly generous wedding present from some family friends in New Zealand, and so we had a special dinner last night to honour them. 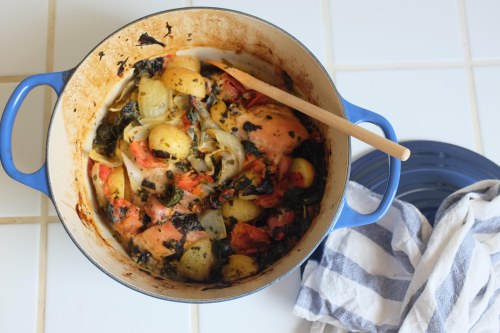 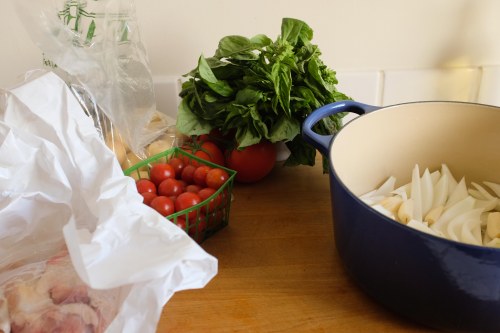 This is a really easy recipe (I think it is based on a Jamie Oliver one I made a while back? Still waiting on my cookbooks to arrive). In a casserole pot or roasting tray, lay out your chicken thighs, the onions cut into wedges, the garlic peeled but left whole, the tomatoes cut into quarters, the cherry tomatoes halved, the potatoes halved, the spinach and the basil. Douse with olive oil, salt and pepper and put in the oven. Done deal. I left the lid on for the first hour, and then took it off for the second. This meant some of the liquid from the vegetables dried off a bit and the onions started to caramelise. My new oven is a gas one- new concept to me- so I am still getting my head around cooking in it. It seems a lot harder to make things nice and crispy, but I am sure I will master it over time, maybe with some tips from my dear readers? 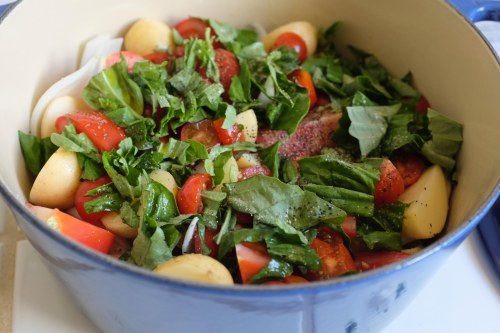 We shared some wine while we ate, and watched the fog roll in over the houses dotted on the hills opposite. This windy colourful city has kept me fuelled for another day. 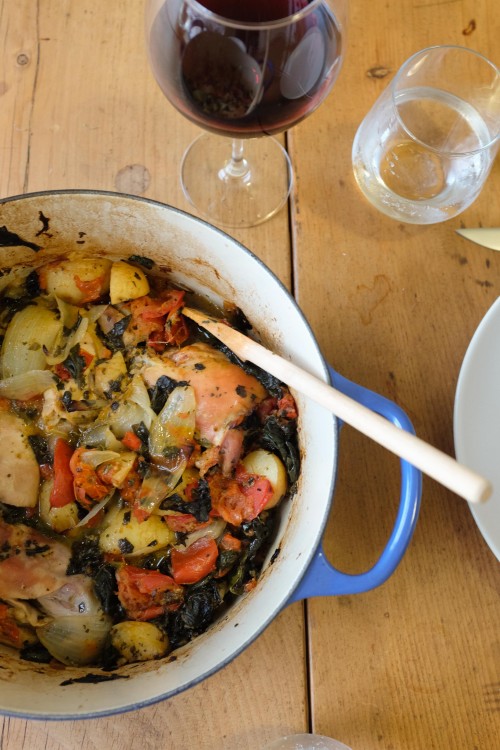 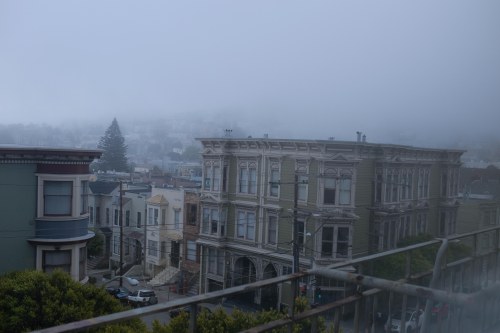 6 Comments to “Chicken in a New Pot”